The Script to Screen Group is:

Together, these resources deliver results-driven, award-winning creative for every screen, full-service strategy and execution and measurable multi-media results for unparalleled, data-driven success.

We are a Results-Based, Brand-Response, Direct-to-Consumer Agency.

Our campaigns have been recognized for over 3 decades

Pioneered in the Direct-to-Consumer space

Brands who partnered with us

Unlocking success for our Clients is our “why”: the reason we come to work everyday. This was true when we first opened our doors in 1986 and it’s just as true today. The Script to Screen Group listens, creates, analyzes, tests and uses evolving platforms and data-driven tactics to deliver successful strategies for every Client, including Long-Form Television Infomercials, Mid and Short-Form commercials, and targeted digital ads.

For over 30 years, we have delivered successful brand growth, expanded revenue channels and built businesses with entrepreneurs and Fortune 500s in fitness, sports, finance, beauty, housewares, consumer electronics and more. We are industry pioneers and continuous innovators of measurable marketing impact.

We’re proud to have delivered success to brands like:

Nordic Track, launching their AbWorks product, even before Chuck Norris became the face of workout machines, and delivered over $250 million in revenue.

Adams Golf, guiding them from $2 million to over $100 million in sales within 18 months.

SodaStream, launching successful on-air SodaStream marketing, after which the company went public with the 8th largest IPO in NASDAQ history at that time and a market cap that went from $367 million to $1.46 billion.

Our Clients have experienced over $6.5 billion in revenue using our creative breakthroughs, analytical expertise and data-driven tactics. We consistently produce exceptional results.

The Script to Screen Group uses data to stretch the traditional boundaries of online and offline media and transactional marketing to achieve enviable results for our Clients. Our larger mission is to deliver successful multi-screen brand growth for our Clients another 30 years!

By deploying cutting-edge creative tactics in offline and online Direct-to-Consumer, 360º messaging in our clients campaign. 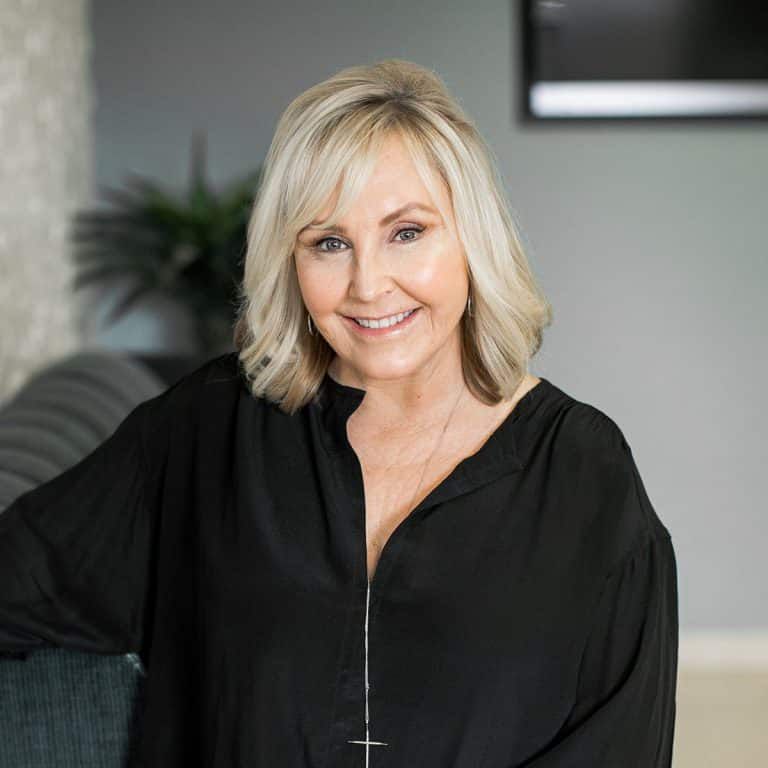 She’s one of the top 25 most influential people in DRTV, according to Response Magazine. She’s a pioneer in the industry and, in 1986, she co-founded Script to Screen along with her husband, Ken Kerry. Today, Script to Screen is one of the nation’s leading direct response television companies and has produced more than 600 infomercials and DRTV spots, plus generated more than $6 billion in sales for its clients.

“What I love about the direct response business is that you cannot run and you cannot hide from the reality of the market place,” Barbara says, “In a very short time, you discover if you will win or you will lose, unlike conventional advertising where you know 50% of your advertising dollar is wasted, you just don’t know which 50%. In DR, you know within hours if your media dollars are working or not.” Under Barbara’s guidance, Script to Screen has been honored with over 70 awards for excellence from the Clio Awards, Electronic Retailing Association, Jordan Whitney and the New York Festivals.

Barbara began her career in television producing programs for Southern California sports teams including the Angels, Dodgers, Lakers, Raiders, and Rams. Her education includes a B.A. in telecommunications from the University of Colorado, and an M.A. in psychology from Pepperdine University. 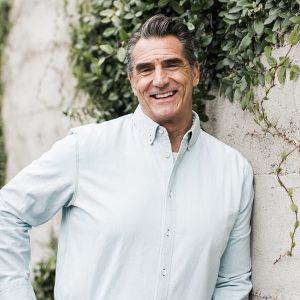 Ken serves as an Executive Producer and Executive Creative Director at Script to Screen, and his hands-on involvement ensures the highest production values are combined with solid direct response principles.

Prior to co-founding Script to Screen, Ken was affiliated with ABC Sports, where he worked on Wide World of Sports, Monday Night Football, and Monday Night Baseball. Ken holds a Bachelor of Arts degree in Television Production. 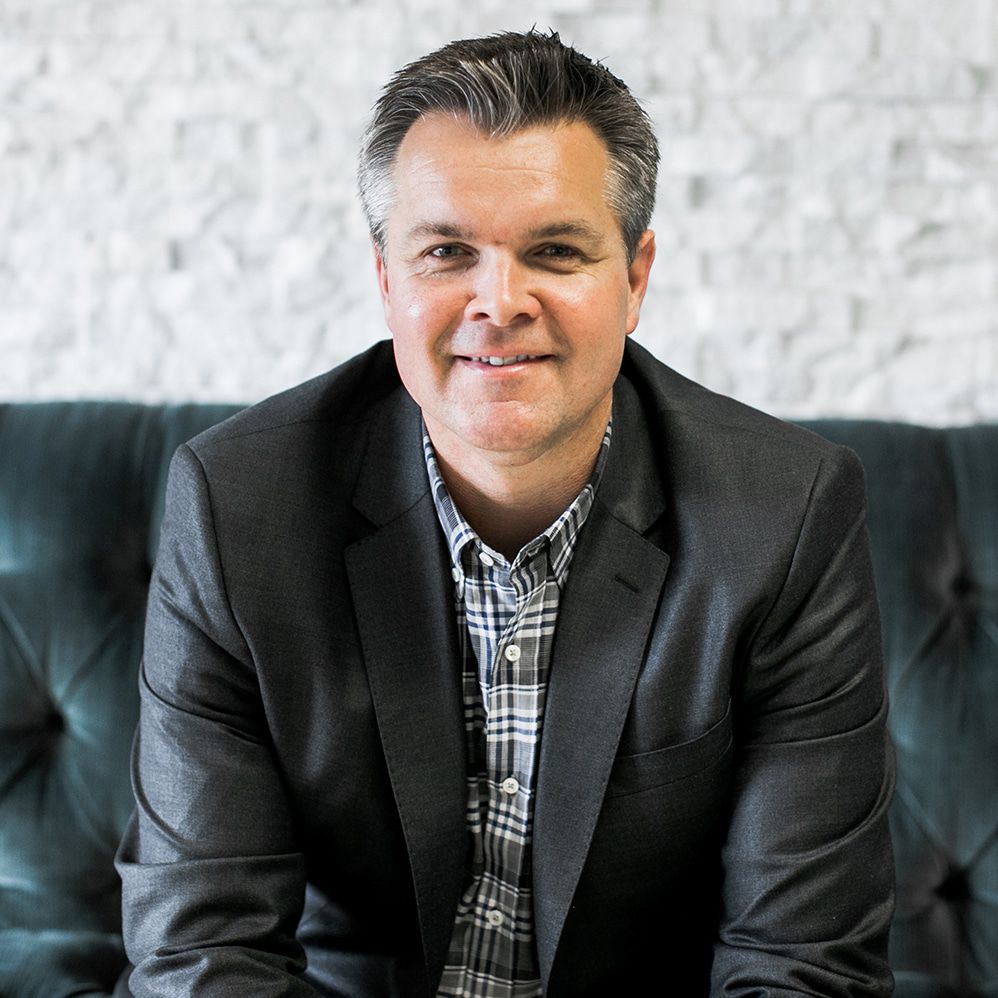 In 2014, Alex rejoined Script to Screen as Executive Vice President and Chief Strategy Officer. He works closely with companies exploring direct response television to evaluate the feasibility of the format in meeting the sales and marketing objectives of their products.

He previously served as a senior marketing executive with Script to Screen for ten years (1999-2010). During that time, he contributed to the marketing strategy for numerous agency clients, including Estée Lauder, EyeQ, Investools, Abbott Labs, Shark/Ninja, Serta, LifeLock, Fusion Beauty, Wordsmart, and Rubbermaid to name a few.

In 2010, he was recruited to partner on a lifestyle-based direct response product, which he launched as a long-form television campaign (working with Script to Screen as agency) and effectively moved into retail, achieving success on the product side of the business.

Alex received his Bachelor of Arts degree from Pepperdine University and, before joining Script to Screen in 1999, he worked for IMG, a global sports marketing and media firm, where he managed events and corporate sponsorships for professional tennis.

Alex is married with three children and enjoys golf, tennis, basketball and the occasional sailing trip. Which might explain why he’s a fan of this Oliver Wendell Holmes quote: “Greatness is not in where we stand, but in what direction we are moving. We must sail sometimes with the wind, and sometimes against it—but sail we must, and not drift, nor lie at anchor.” 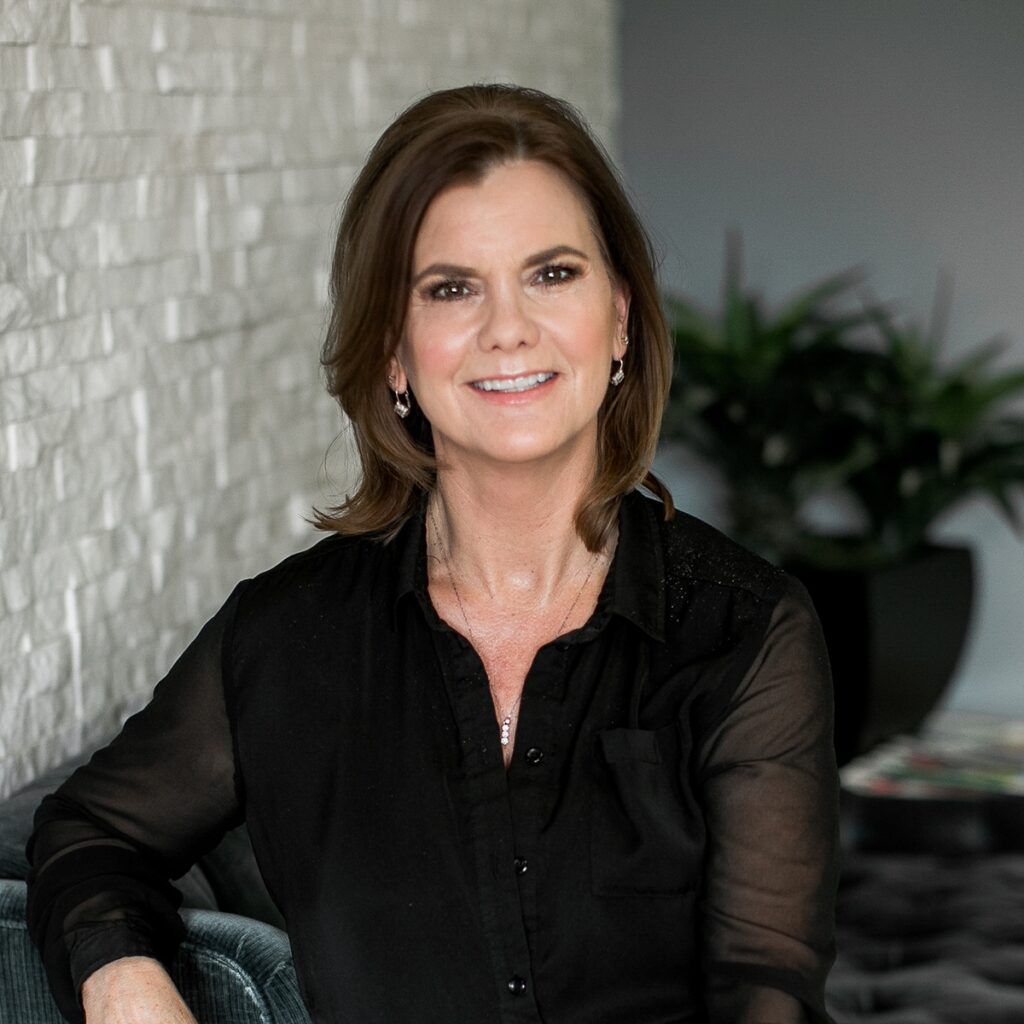 As Executive Producer, Joanie oversees all aspects of creative, production and post production. She believes in the team approach, collaborating closely with clients, writers, designers, producers and directors ensuring that each Script to Screen infomercial is on target, on time and on budget. She enjoys immersing herself in every project, and discovering how each product/service can “inspire you to become a better person or live a better life.”

When she’s not producing performance-driven DRTV, Joanie and her husband are busy with their blended family, coastal urban farm and vineyard, and rustic cabin in the Sequoias. So it’s no surprise that one of her favorite quotes is by C.W. Ceran: “Genius is the ability to reduce the complicated to the simple!” 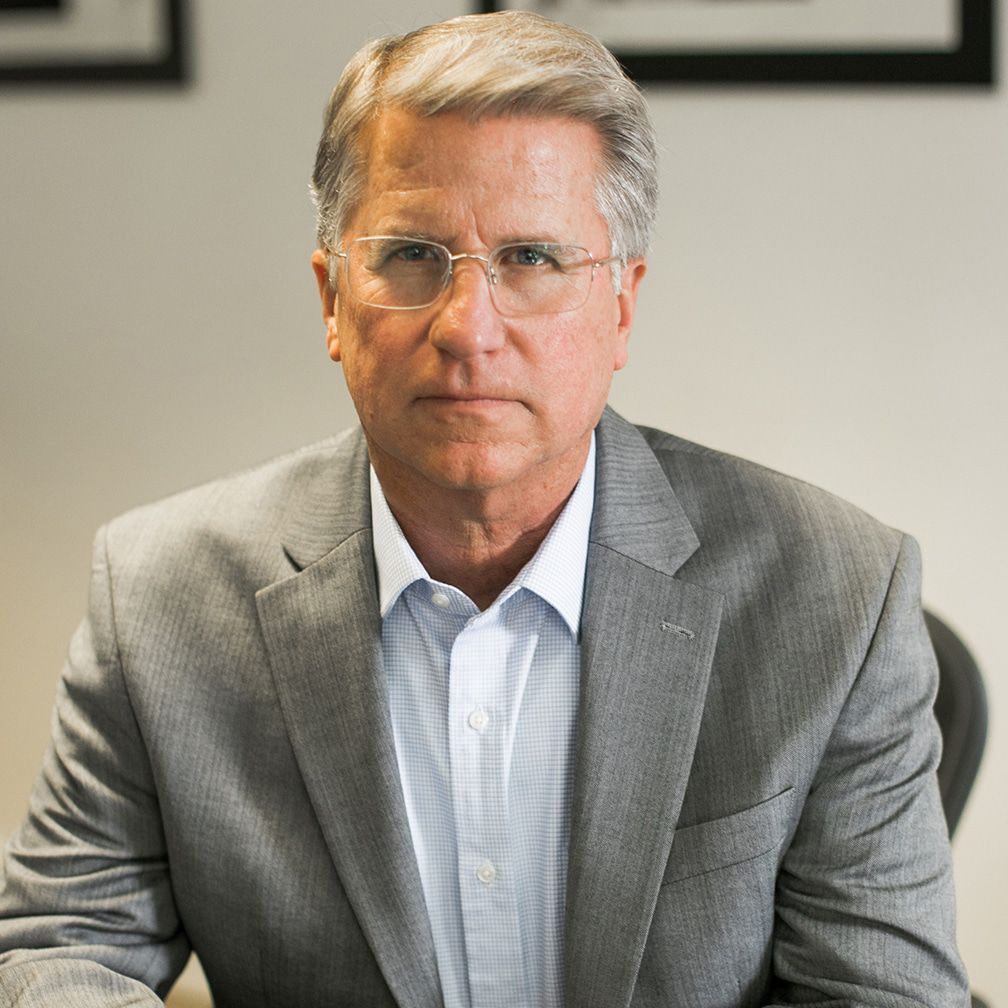 Mick joined Script to Screen in 1997, bringing with him an extensive background in business management and finance. He oversees all day-to-day operations at Script to Screen, and supervises the administration and accounting staff as well as the account managers. Mick also handles legal affairs for the company. He is the oil that keeps the engine running!

Mick is a CPA joining Coopers and Lybrand out of college and, before joining Script to Screen, he worked for the Irvine Company, several residential builders, a public speaker, and a commercial developer.

When Mick isn’t rooting for the USC Trojans or the L.A. Lakers, he’s active at Mariners Church or playing disc golf. He and his wife of over 40 years have three adult children.

Mick earned his Bachelor of Arts degree in Business/Accounting from USC and his MBA from Cal State Fullerton.

As Vice President of M2 Marketing and Management, Rachel Read brings over 13 years of experience to each client’s direct to consumer campaign. Whether seasoned direct marketers or newcomers to the channel, Rachel works closely with each of her clients to guide them through the strategic planning, execution and analysis of their D2C marketing campaigns.

Since joining the M2 team in 2006, she has managed over 40 accounts in a variety of product categories including housewares, beauty and personal care. Clients have included Keurig, Tria Beauty, Procter & Gamble, TTI Floorcare (Hoover and Dirt Devil), Helen of Troy, Gibson Brands/Woox Innovations, Dremel, TASER and Meyer Corporation (Circulon).

Rachel’s previous experience includes being the Vice President of Marketing & Creative Affairs at Advanced Beauty Solutions where she played an active role in its successful long form DRTV launch of the TrueCeramicPro Infrared Ionic Styler. Prior to that, she worked in the television industry as Director of Development at Fox Family Channel. 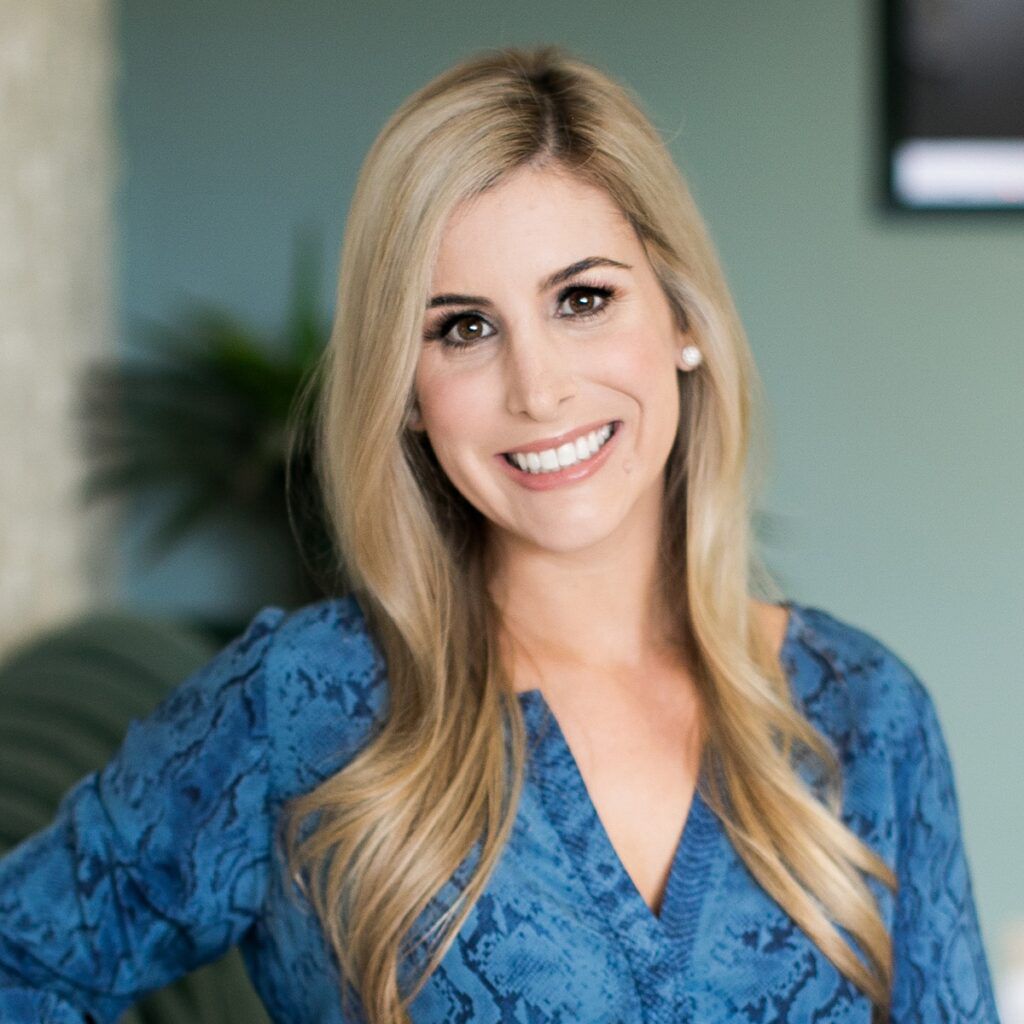 Over the past decade Melany has launched and managed 30+ DRTV campaigns including a number of brand sensitive campaigns such as Keurig, Breville, Rubbermaid, Contour, Cuisinart, and Conair to name a few. She has launched numerous female focused brands including Gwynnie Bee, Goody, Red Carpet Manicure, Pound, and Metamorphosis by Tracy Anderson, in which case she not only managed the successful DRTV campaign, but was also responsible for the client’s oversight and daily management of retail, home shopping and international distribution.

As Vice President at M2, Melany serves as a direct link between her clients and industry leaders, working closely with her team to manage the day-to-day elements of campaign strategy, offer development and infrastructure setup through campaign launch and continued optimization to ensure a seamless process and ongoing growth of a company.

Melany graduated from Chapman University with a Bachelor of Science in Business Administration with an emphasis in Entrepreneurship and minor studies in Organizational Leadership. Additionally, she has prior experience in television market research and analytics working at E! Entertainment in London, UK and in Account Management at NettResults International Marketing and Public Relations.

Linkedin-in
0
We use cookies to optimize our website and our service.
Manage options Manage services Manage vendors Read more about these purposes
Preferences
{title} {title} {title}