Watch The Secrets of Directing a Successful DTC Commercial

The Secrets of Directing a Successful DTC Commercial

Join DRTV Expert, Ken Kerry and Veteran Director Brent Loefke and Find Out How Video Creative Designed to Sell Is Made

Discover the core concepts of this webinar. Get this free PDF and never miss another update from Script to Screen.

What is the role of a director in creating a Direct-to-Consumer commercial and what can a director do to optimize a campaign? This was the subject of Script to Screen’s #ThoughtLeaderThursday webinar on December 17, 2020 when our guest was veteran director Brent Loefke. You can now watch the webinar for free on-demand on this page, or on our YouTube channel.

Directing a DTC commercial or infomercial takes a strong creative streak, but it also requires resource management, technical knowledge and diplomacy. Understanding the elements that can sell a product or service is a skill that is developed over time, which is why an experienced director can be so important to a project.

Brent Loefke possesses the natural ability to capture remarkable images on film and video. His strong cinematic eye together with his ability to infuse any program with extraordinary quality has garnered huge success for numerous clients. His diverse experience includes television, feature film, and commercials. Some of his over 100 clients include Dyson, Nutrisystem, Time-Warner, Jenny Craig, Direct TV, Toyota, HomeAdvisor, Volkswagen, Dodge, Universal, Acura, and Nissan.

An essential element of directing an infomercial is planning to make sure everything happens as perfectly as possible during the shoot itself. Every second wasted on a shoot is money wasted, so it’s important to make sure every element is accounted for.

Additionally one of the key elements of creating a successful commercial is creating a storyboard. The director works with a storyboard artist, breaking down the script into visual representations of each scene. The storyboard can then be hung up on set so everyone on the crew can know exactly what they are striving to achieve.

One of the things clients are often surprised by during a professional infomercial shoot is just how many people are involved. Apart from the director and on-screen talent, there are camera operators, sound people, grips, PAs… enough to look like a small army. It’s important that a client understands that these people weren’t hastily assembled to just stand around. A professional shoot requires a larger crew that allows a director to execute on the agreed upon plans and move more quickly and efficiently.

Although everything is planned out as much as possible during a shoot, sometimes the unexpected happens. It might be talent is not delivering a line with the right level of authenticity. It could be that the location doesn’t allow for something. It might even be that a client thought of something that really helps sell the idea of the product at the last minute. Plans sometimes need changing and it’s important to be flexible enough to accommodate the previously unexpected.

Everyone would love to have the greatest commercial, with celebrity talent and great locations. Sometimes, that is not feasible. It’s important to know where your budget can be trimmed while still maintaining quality. A shot at a party might not require taking over a house, which would require shooting permits and fees. It might be possible to do it as a piece of set dressing, or even as a virtual set. But hiring a trained and skilled crew can give you those options. They know how to take a budget and put every dollar of it on screen.

Make sure you register for our next webinar with Abed Abusaleh, CEO of Havas Edge, as we discuss Maximizing DRTV Media in 2021.

Co-Founder and Executive Creative Director of Script to Screen

Ken Kerry serves as an Executive Producer and Executive Creative Director at Script to Screen, and his hands-on involvement ensures the highest production values are combined with solid direct response principles. Script to Screen is one of the nation’s leading direct response television companies, producing more than 600 infomercials and DRTV spots, generating more than $6 billion in sales for its clients, and winning numerous awards for excellence. 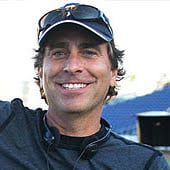 Brent Loefke possesses the natural ability to capture remarkable images on film and video. His strong cinematic eye together with his ability to infuse any program with extraordinary quality has garnered huge success for numerous clients. His diverse experience includes television, feature film, and commercials. Some of his over 100 clients include Dyson, Nutrisystem, Time-Warner, Jenny Craig, Direct TV, Toyota, HomeAdvisor, Volkswagen, Dodge, Universal, Acura, and Nissan.