How to Make an Infomercial 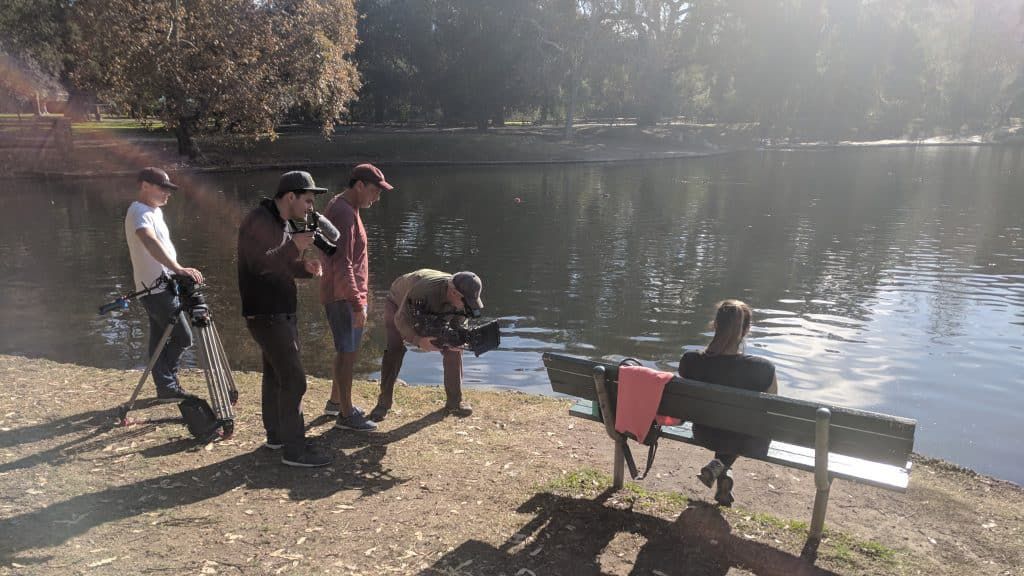 How an infomercial is made.

However, if you are looking to find out how an infomercial is made, you have come to the right place.

Before you even consider having an infomercial made, you need to determine the economics of your particular product or service. While a DTC campaign can be an incredibly profitable revenue channel for a business, products with thin margins are unlikely to make money from the format without considering continuity or lifting other retail channels.

Lower priced products or services may be too inexpensive to cover the fixed costs of a sale and at first glance, may not be able to benefit from an infomercial. In these circumstances, sometimes they can be bundled together with other products, or packaged as a subscription service. This would also help to differentiate your DTC channel from any of your retail channels, keeping your retail partners happy.

Assuming your product or service looks profitable, you need to figure out your backend before you start filming an infomercial. Infomercials mean you are going to be selling directly to your customers, supplying them individually with your product. That may sound easy enough, but when thousands of orders start coming in, your business needs to be able to take them, process them and ship them timely.

If your business is primarily set up to deal with retail partners, setting up a Direct-to-Consumer operation can be a daunting task. You need to be able to accept individual orders and not bulk orders. That means having a website that is set up to take orders from valid individual credit cardholders sent there in response to viewing the infomercial. You will likely also need to have a call center if the infomercial includes a 1-800 number.

If you are used to primarily dealing with retail, you understand the logistics of sending truckloads of product to regional distribution centers. The logistics of individual customers is an entirely different matter. You may need to store your product at different warehouses across the country, just to be ready to individually ship them to customers when they order. The pervasiveness of two-day shipping on Amazon means your product must be able to arrive in a similar matter because that is what your customers are used to.

You can put together an internal team that has all the experience and knowledge you need to maneuver through these systems. Otherwise, you are going to want to hire a management team that knows what they are doing that can teach and guide you through best practices.

The script is one of the most essential elements of the infomercial. A traditional equity commercial might not be much more than a catchphrase with a general call-to-action (CTA), but the infomercial format demands an urgent response and a well-crafted offer.

How is the product going to be demonstrated? What is the story behind the product and the company? What kind of testimonials can be acquired to verify that your product or service does what you say it does? How will the offer be presented and or bundled? All of these are things that must be considered when writing an infomercial script.

We are still not at a point where you can actually digitally record your infomercial yet. Before that happens, a lot of work must be done.

At some point, you may want to consider creating a storyboard. That is a series of images that makes up the shots that will be in the infomercial. It will make things much easier for the production team to shoot.

While the script is being written, other production considerations must be made. Where will the infomercial be filmed? An infomercial with high production values frequently uses multiple locations ranging from a set on a sound stage to the interior of a previous customer’s house. Proper permitting must be done for all locations.

Who is going to be in this infomercial? There is something of a stereotype of the celebrity endorsement in an infomercial. Frequently, these can work, but they are by no means a necessity. Casting is required for everyone from the infomercial host to what kind of people are used for customer testimonials. It is important that your target audience relates to the people on camera.

You also need to hire your crew. Obviously, that means a director, camera people, sound, and lighting. But did you remember to hire enough production assistants? What about craft services?

Now you can actually shoot your infomercial. Explaining a shoot day is literally a film school’s worth of information. Fortunately, you have hired an experienced crew that knows what they are doing, because every second on a set costs money. Experience may look more expensive, but it will save you money overall.

Now that your infomercial is shot, it is time to assemble it into something watchable. That means adding an experienced editor to your production team who knows how to place the video together in a way to maximize its ability to sell. You need graphics and animation to bring the show to life. The audio needs to be crisp and perfect.

Remember that management team we discussed earlier when talking about the backend? They are going to come into play again, getting your infomercial on the air. Media buying is a sophisticated and data-driven business. You need a team that can maximize the return on your media dollar as far as it can go because the profits from your campaign can be fed back into your media buying and dictates how much media can be spent profitably. With proper maintenance, a good campaign should pay for itself.

Finally, we apologize if you really needed a guide for how you, personally, could make an infomercial. But we hope we have shown you what you need to look for in the team that makes your infomercial for you. If you’re looking to have your own infomercial made, make an appointment with us today!