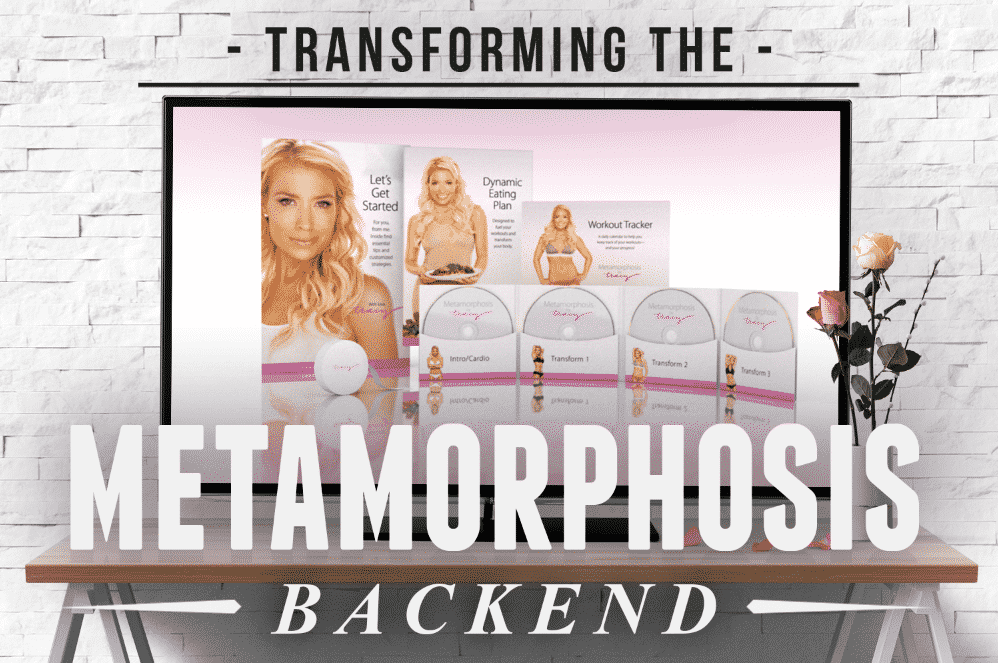 Tracy Anderson’s Metamorphosis program may have been designed to decrease your physical rear ends… but for real success, they needed a big backend!

The infomercial, produced by Script to Screen, was an instant “front-end” victory, and showed high consumer engagement from the beginning. But Anderson’s team knew there was a lot more work to do.

In order to optimize the campaign, Anderson engaged our M2 Marketing and Management team. Their mission: create a “backend” sales journey that would increase the lifetime value of each customer.

“We focused on three key facets,” says Kent Mora, President of M2 Marketing. “First, we looked at optimizing the media buying effectiveness by going beyond the simple telemarketing data that was currently being used. Second, we saw a huge opportunity to improve website conversion. And third, we knew from a simple review of the current data that we could boost the number of people who signed up for the continuity offer.”

Tracking orders and airings by unique 800 numbers is the way most media agencies measure performance. The show aired at 11AM Saturday on a local station in Seattle. The cost was $X dollars, which generated Y orders. That metric tells you whether to buy that time slot and station again, or to stay away.

But wait! What about all those orders coming in from the web? In the case of Metamorphosis, that was a cool 70% of the orders! How do you know which airings led to those orders, if you’re simply tracking by telemarketing results?

“This was the low-hanging fruit,” says Mora. “With our proprietary analytics platform we were able to attribute web sales back to specific airings. Our algorithm factored in time of order, referring domain, visited URL, geographic location, DMA size and media spend. This way we were able to obtain a clear and accurate picture of how each airing truly performed.”

The Result: By accurately factoring in the web data, M2 was able to increase media effectiveness by 30%!

Your company spent a lot of time and resources building its corporate website to establish its brand. That’s the ideal place to send your DRTV inquiries, right?

Almost always, the answer is no.

Initially, though that’s where the Tracy Anderson respondents were going, which led to lost and frustrated consumers. The Tracy Anderson corporate site offers a multitude of products which led to customer confusion. Where was that awesome offer they just saw on TV? Where’s the specific product that was advertised?

“We tracked consumer behavior and drop off rates and found that customers were visiting the site during and after an airing, but were abandoning the site because they couldn’t find the advertised product,” says Mora.

So, M2 developed and launched a microsite that clearly and directly reflected the TV advertisement. The URL in the infomercial was changed, and now customers were brought into a very controlled sales journey. The goal was twofold: increase order conversions, and position upsells to increase average order size.

The Result: M2 was able to increase the visit-to-order ratio by a staggering 25%, and increase the average order value by 12%!

A robust continuity program is the gift that keeps on giving, long after you’ve recovered your cost of acquisition.

“By collecting call center enrollment data, we once again knew we had a huge opportunity to increase continuity conversion via the website,” says Mora. “The call center continuity enrollments were 155% higher than the web!”

At the call center, the continuity was clearly positioned. So, when M2 launched a dedicated DRTV microsite, the continuity offer was presented as a simple drop down along with the main offer, where it was easily seen by customers.

“Immediately, the continuity enrollments not only matched the call center numbers, but were slightly higher!” says Mora. Additionally, M2 spent countless hours testing a number of variations to the messaging for continuity, and were able to increase the enrollment by another 160%!

The Result: Nearly a 600% increase in web-based continuity conversions!